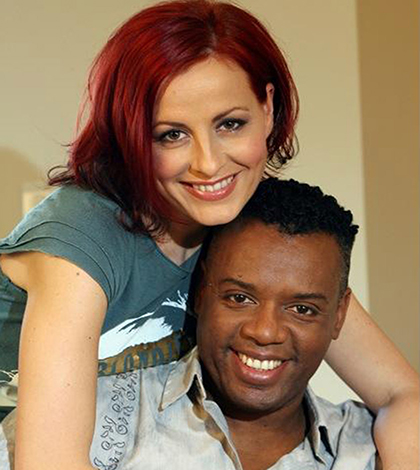 We are pleased to announce that Carrie and David grant will be joining us on stage at Wembley to co-host Voice in a Million 2014.

Carrie and David Grant are probably the best known pop vocal coaches in the UK. With a client list that includes Take That, The Spice Girls, Gwyneth Paltrow, Charlotte Church, The Saturdays, Modestep, Lemar, Will Young and numerous others their credentials are second to none. It was their involvement with Fame Academy which brought them to the attention of the nation. Subsequently they were seen as vocal coaches on the three series of “Comic Relief Does Fame Academy”, where they helped develop the vocal abilities of the celebrities as well as championing their cause with the judges. They were the vocal coaches and judges on “Fame Academy” having also appeared as vocal coaches in “Pop Idol”, with Carrie having been featured in the original “Fame Academy”. However both of their careers cover a far wider area

You can read more about Carrie and David at www.carrieanddavidgrant.co.uk