This Month’s Competition on VIAMTV 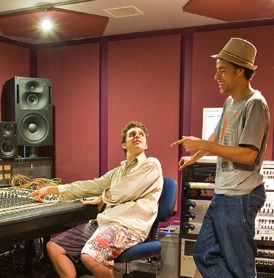 Chloe Wealleans- Watts won our competition for May and she will be spending a day at the Broadwater Recording Studios in Gateshead, Newcastle, with a Record producer and their in-house studio engineer. Client’s of the Studios, which is one of the best in Newcastle, include the BBC  (they u

se the facility for some of the auditions for ‘The Voice’).

Our Contest for June begins on the 7th of June and we are again running the same prize of a day in the studio near you, with a record producer.

So Enter the contest here and send us your video link. You may also want to enter one of the other contests, just select and click on multiple contests on the form. The contest start date is 7th June, closing date is midnight on the 15th July.